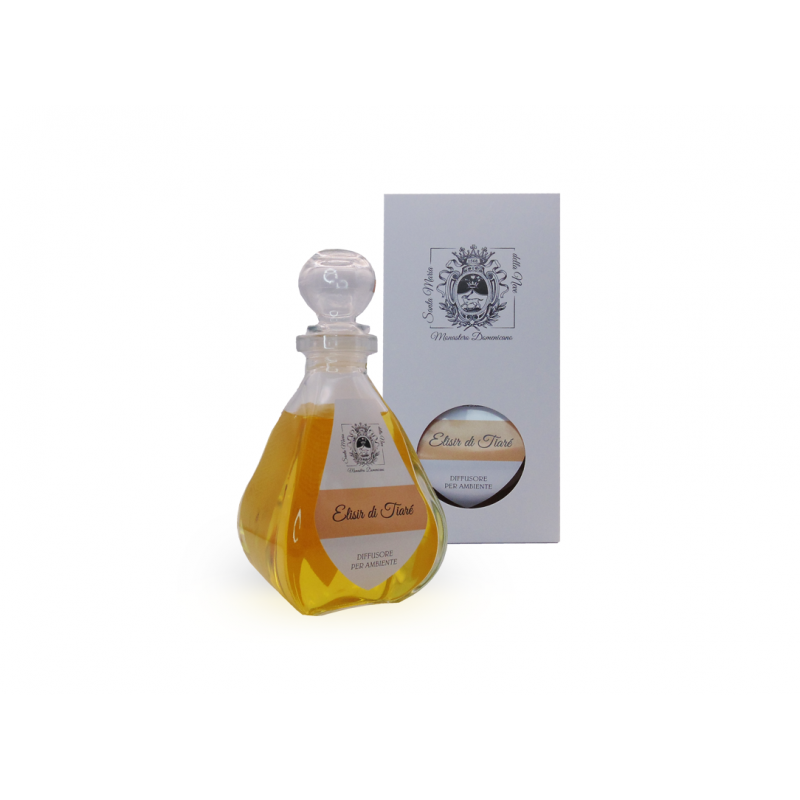 Enveloping sweetness of a cascade of small white flowers on a carpet of green leaves where you can get lost in sweet memories.

The Monastery of Santa Maria della Neve and S. Domenico

The Monastery of “St. Maria della Neve”, one of the Dominican monasteries in Tuscany, was founded in 1564 in Pratovecchio Stia (Arezzo). Over time, together with other Dominican monasteries, it was always a forge of industriousness, of literary culture and various arts esteemed beyond the Casentino Valley. Here the Dominican religious community has always been a significant spiritual presence, but one that has also known how to cross its borders. In 2009, the community of “S. Maria della Neve” joined that of “S. Domenico” of Querceto-Sesto Fiorentino, giving life to the new and still ancient monastery with the name “S. Maria della Neve and S. Domenico”. From this union of the two communities an ancient tradition of the monastery itself has been re-evaluated: production of perfumed and various waters. The activity is therefore oriented towards the production of perfumes, soaps and the like ... whose fragrances are inspired by the flora that the beautiful Casentino Valley and surroundings offers, which encompasses a large part of the "National Park of the Casentinesi Forests". From the bundles of color of the brooms, dog roses, irises and many forest flowers, the castles emerge with their medieval towers, Romanesque parish churches, monasteries, typically Tuscan farmhouses. Cycle paths that run along the banks of the Arno and many paths for hikers of all kinds, therefore make the Casentino a land perfumed with beauty.