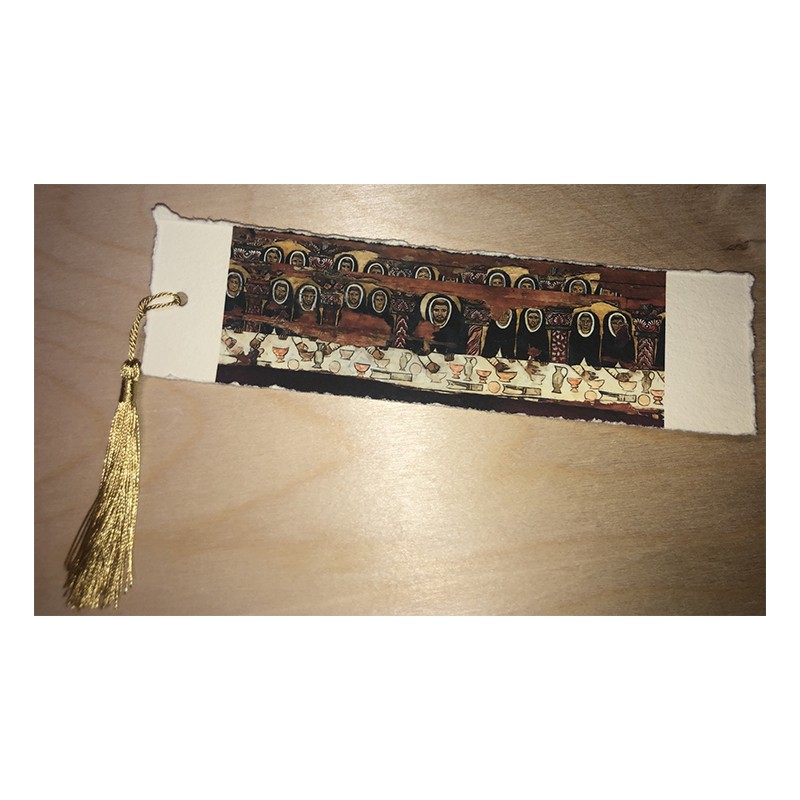 Cotton Paper Bookmark made in Fabriano. Golden tassel. Made in Italy