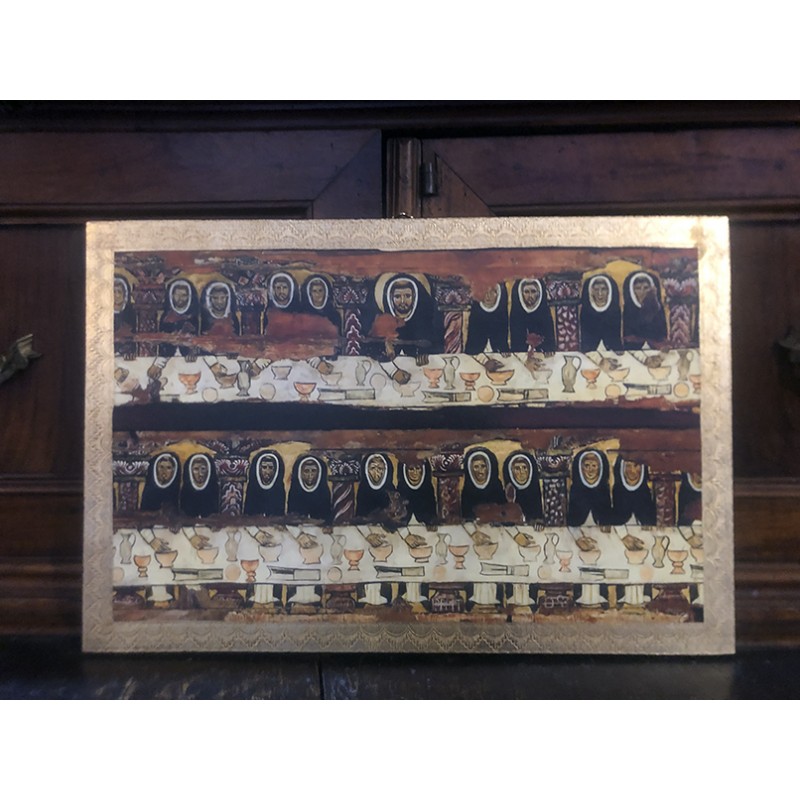 San Domenico the table of Mascarella 60 * 40 cm Wooden board

Mascarella table. Made of wood and gold leaf. Made in Italy by Tuscan artisans. Measure 60 * 40 cm