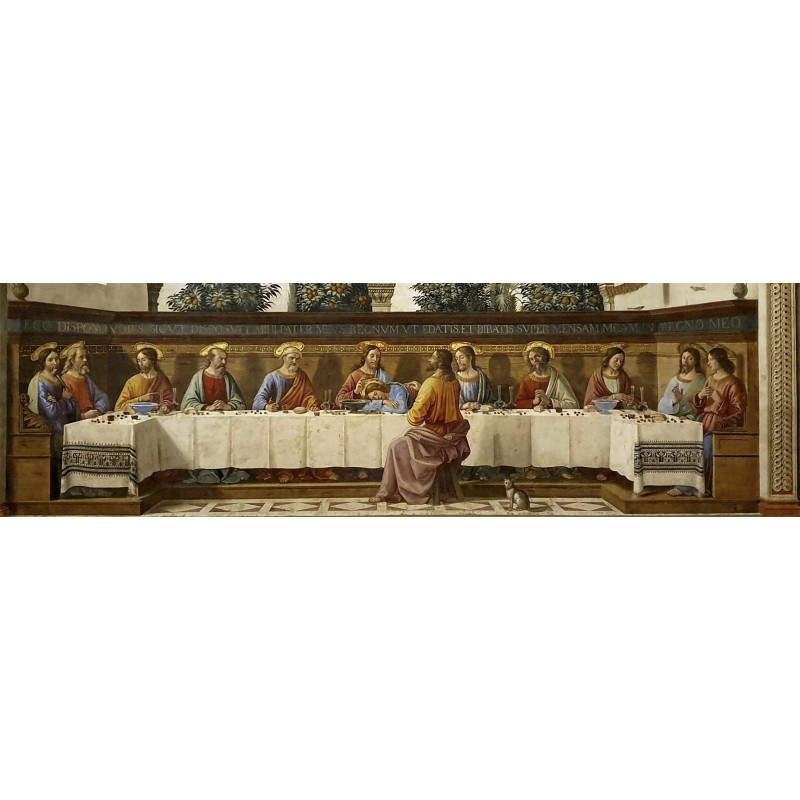 He worked mainly in his hometown [1], becoming one of the protagonists of the Renaissance at the time of Lorenzo the Magnificent. Towards 1480 in particular he became the de facto official portraitist of Florentine high society, thanks to his precise, pleasant and fast style. Head of a large and efficient workshop, in which the thirteen-year-old Michelangelo Buonarroti took his first steps in the field of art, he is remembered above all for the great frescoed cycles, such as some scenes of the Sistine Chapel in Rome, the Sassetti Chapel and the Tornabuoni Chapel in his hometown [1]. Domenico was part of the so-called "third generation" of the Florentine Renaissance, together with masters such as Verrocchio, the brothers of Pollaiolo (Antonio and Piero) and the young Sandro Botticelli [2].

His brothers David and Benedetto were also talented painters active in his workshop, as was his brother-in-law Sebastiano Mainardi from San Gimignano [1]. His son Ridolfo was also an important painter, active in late Renaissance Florence.